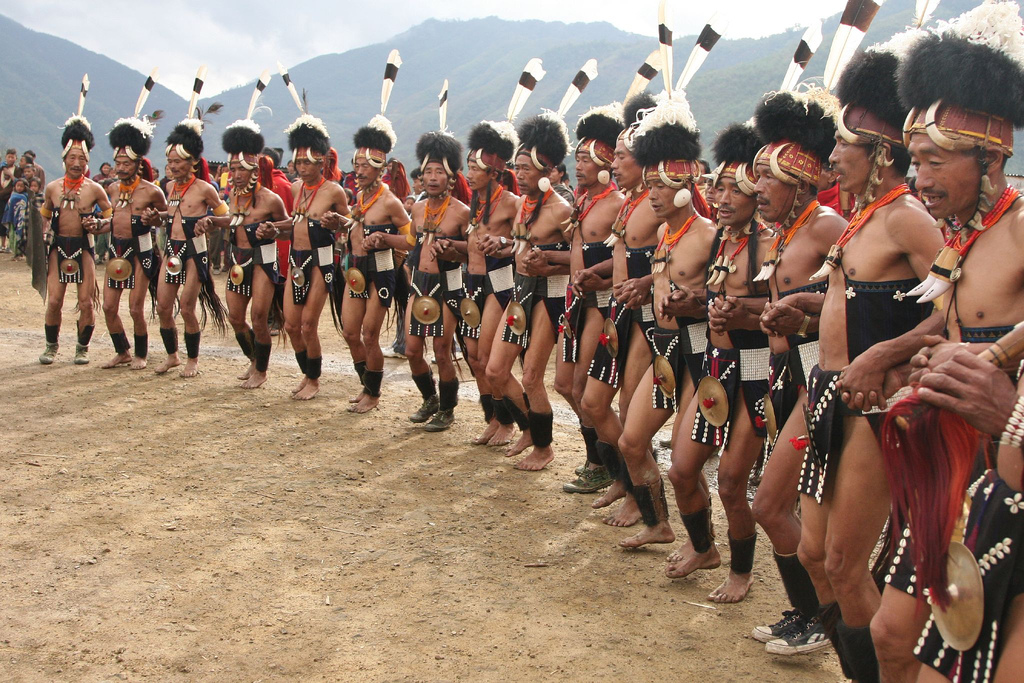 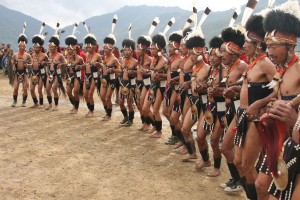 The State of Nagaland, covering an area of 16,527 sq kms is encircled by Assam in the North and West, Burma and Arunachal Pradesh in the East and Manipur in the South. The Naga Hills run through this small state, which has Saramati as its highest peak at a height of 12,600 ft. The main rivers that flow through Nagaland are Dhansiri, Doyang, Dikhu and Jhanji. The terrain is mountainous, thickly wooded, and cut by deep river valleys.

There is a wide variety of plant and animal life. Nagaland has a monsoon climate with generally high humidity; rainfall averages between 1800 and 2500 mm (70 and 100 in) a year. It is situated between latitude 25 r 6 and 27 r 4 N and latitude, North of equator and between the longitudinal lines 93 r 20 E and 95 r 15 E. The State was carved out of the territories that were earlier known as Naga Hills—Tuesnsang Area (NHTA), through the State of Nagaland Act, 1962. it was inaugurated on 1st December, 1963, by the then President of India , Dr S. Radhakrishnan.